Are Sleep Apnea and Snoring Related to Dental Health? 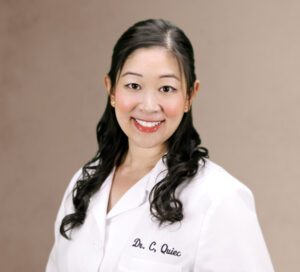 Sleep apnea is a breathing disorder characterized by pauses in airflow to the lungs during sleep. It is a condition which can become serious if not treated well on time. There are two types of sleep apnea: obstructive and central. It has been discovered that sleep apnea and snoring are not only related to each other but both conditions are also connected with the dental health of a person. Snoring is seen as a symptom of sleep apnea which may also indicate upper airway resistance syndrome – another condition related to the respiratory system. Some dental procedures and devices can control both these conditions giving the patient relief and comfort during sleep.

The most common dental procedure for the treatment of snoring is known as dental appliance therapy. A device is inserted into the patient’s mouth which prevents disintegration of the upper airway during sleep and hence cures snoring. However, this is only a temporary solution which does not involve treatment of some possible underlying conditions including sleep apnea. In addition to some self-help treatments like losing weight and avoiding alcohol and tobacco products for the cure of sleep apnea, oral devices and lower jaw adjustment devices are also used for the treatment of mild to moderate sleep apnea.

Two of the familiar dental appliances used for curing pauses in breathing during sleep are mandibular repositioning device and tongue retaining device. The first one is used for mandibular or lower jaw advancement in order to reduce the number of apneas (or periods) during sleep. Another device used for mandibular repositioning or advancement is known as the OASYS (Oral/Nasal Airway System). This device is effective for the treatment of both snoring and sleep apnea as it also acts as a nasal dilator to promote breathing through the nose instead of the mouth.

Some other commonly used devices for the treatment of these sleep disorders include Silent Nite and Silencer Professional. The first one is worn like invisible braces and comes as a tray which consists of a soft inner layer and a hard outer shell. This tray sits comfortably against teeth and comes with a tiny connector which is not visible but is responsible for providing comfortable breathing. Silencer Professional is a similar device which is designed for lateral advancement of the mandible with the help of a precision attachment made of titanium. Both these devices are easy to use and are quite popular among people who suffer from chronic snoring.

And last but not the least, the tongue retaining oral device can be used for the cure of snoring by the help of which the tongue is positioned forward to avoid coming in the way of the airway. Although the device is constructed of materials which do not interfere with other functions of the mouth, such devices are not easy to wear and also cause trouble in eating. Variations of this type of a device for tongue stabilization are also available but some of them have been deemed unsafe and are therefore not recommended for use.