Are Amalgam Fillings Dangerous For The Health?

Home › Dentist › Are Amalgam Fillings Dangerous For The Health? 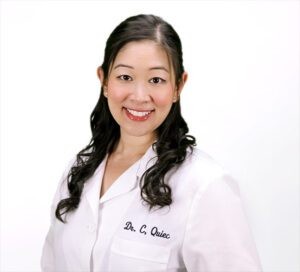 Amalgam or silver fillings are often employed by the dentists to fill cavities in the mouth. Some people are of the opinion that since dental amalgam fillings contain at least 50% mercury, they are dangerous for the health. They argue that mercury being highly toxic is hazardous to the health of a person. Furthermore, these fillings are not recommended to pregnant and lactating women due to danger of unexpected complications and deformities in the infant.

These doubts can be true if there is free mercury found in the silver fillings. However, we now know that this is not the case. Mercury in silver reacts with other metals and a completely new alloy is formed which gives rise to these dental fillings and hence they are not dangerous for the health. The FDA has also approved the use of mercury in dental fillings and there is really nothing to worry about in this regard. However, if you come across an advertisement on the internet or anywhere else for that purpose going against amalgam fillings, you can be falsely led to believe the worst. So, it’s important to gain some knowledge about the workings of dental fillings and why silver or amalgam fillings are prescribed by most dentists.

Dental fillings are prepared by mixing silver with mercury, copper, zinc and tin to form an alloy. This is a traditional method of filling cavities and is quite inexpensive. However, with the advancement in technology newer and more useful methods are now also available to dentists to give people a natural-looking and beautiful smile. Since these cosmetic procedures are somewhat costly, many people still like to opt for traditional amalgam fillings.

The doubts about silver fillings arise from the fact that while brushing or chewing free mercury is released from these fillings which can be hazardous to the health. This free mercury finds its place in the blood where it can cause many problems. However, scientifically it has been established that even though mercury does release itself from the fillings, the level in the blood is still not high enough to cause complications. People who are against mercury fillings say that this toxic substance can cause stomach problems, joint pains, sinus trouble, breathing problem and fatigue. Many other complications have also been listed to keep people away from amalgam fillings at all costs.

It has been established that the tests conducted by those dentists give false results. They use mercury detectors to convince patients that there is enough mercury in their mouth to cause complications. However, it’s not possible to measure the exact amount of mercury in the mouth. The only way is to conduct blood or urine tests to see how much mercury the body has absorbed. Even then it cannot be concluded that mercury which is present in the blood came from amalgam fillings.

It can be safely assumed that all the hype created by these dentists that advocate amalgam fillings to be dangerous is merely meant to flourish their own business. People would believe their stories and come to them to have their previous fillings removed and to get new ones made up of different materials. Although some people would like to opt for this option to improve their smile, there is absolutely no reason and sound proof to be afraid of amalgam fillings.

What to Do When Sinus Issues Cause Tooth Pain
Read More

Toothache Disappeared; Do I Still Need to See My Dentist?
Read More